By creating an account at our store you will be able to move through the checkout process faster. You can also save multiple shipping addresses and track orders in your account. 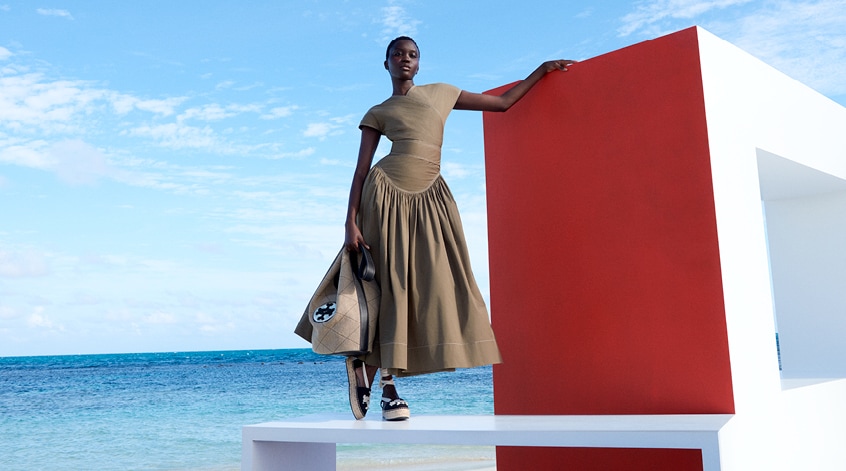 Tory Burch founded in 2004 in New York City, is an American luxury brand known for beautiful, timeless pieces and versatile storytelling that evokes optimism and joy. Tory is a fashion designer who draws inspiration from her parents' effortless style, the world of travel, art and interiors, and women worldwide. Collections include ready-to-wear, handbags, shoes, accessories, jewelry, home and beauty. Women's empowerment is the company's guiding principle, underpinning its design philosophy and corporate culture, and driving the work of the Tory Burch Foundation.

Travel as an inexhaustible source of inspiration

Tory Burch was born in 1966 in Pennsylvania and grew up as the daughter of a businessman and an actress. After graduating with a degree in art history, she began her career in the fashion industry first as a designer in New York, where she worked for Harper's Bazaar, Vera Wang and Polo Ralph Lauren. In 2004 she founded her own label, which was represented worldwide within a very short time. Her work as a designer is strongly influenced by the life of her parents, who travelled a lot, especially in the 60s and 70s. Thus, Tory's collections are always influenced by Marrakech, Athens and Capri. Old photos serve as an inexhaustible source of her ideas. Her father Buddy mostly wore loafers and jackets with lining in Hermès design and her mother Reva was the epitome of glamorous bohemian style.

Over the years, Tory developed her own signature style, which is always inspired by the fashion of decades past, along with attention to detail, patterns and graphic elements. A tunic that Tory Burch once discovered at a flea market is considered the origin of her first collection pieces. Even today, every collection features at least one brightly patterned tunic as well as the iconic Reva Ballerina, with which the designer achieved her big breakthrough and which is named after her mother. The designer combines classic ethnic elements and boho details with sequined turtlenecks or quilted suede jackets.
Discover now graphic Tunics and light Knitwear from Tory Burch in the LODENFREY sales outlet in Munich or in the LODENFREY online shop.
My favorites